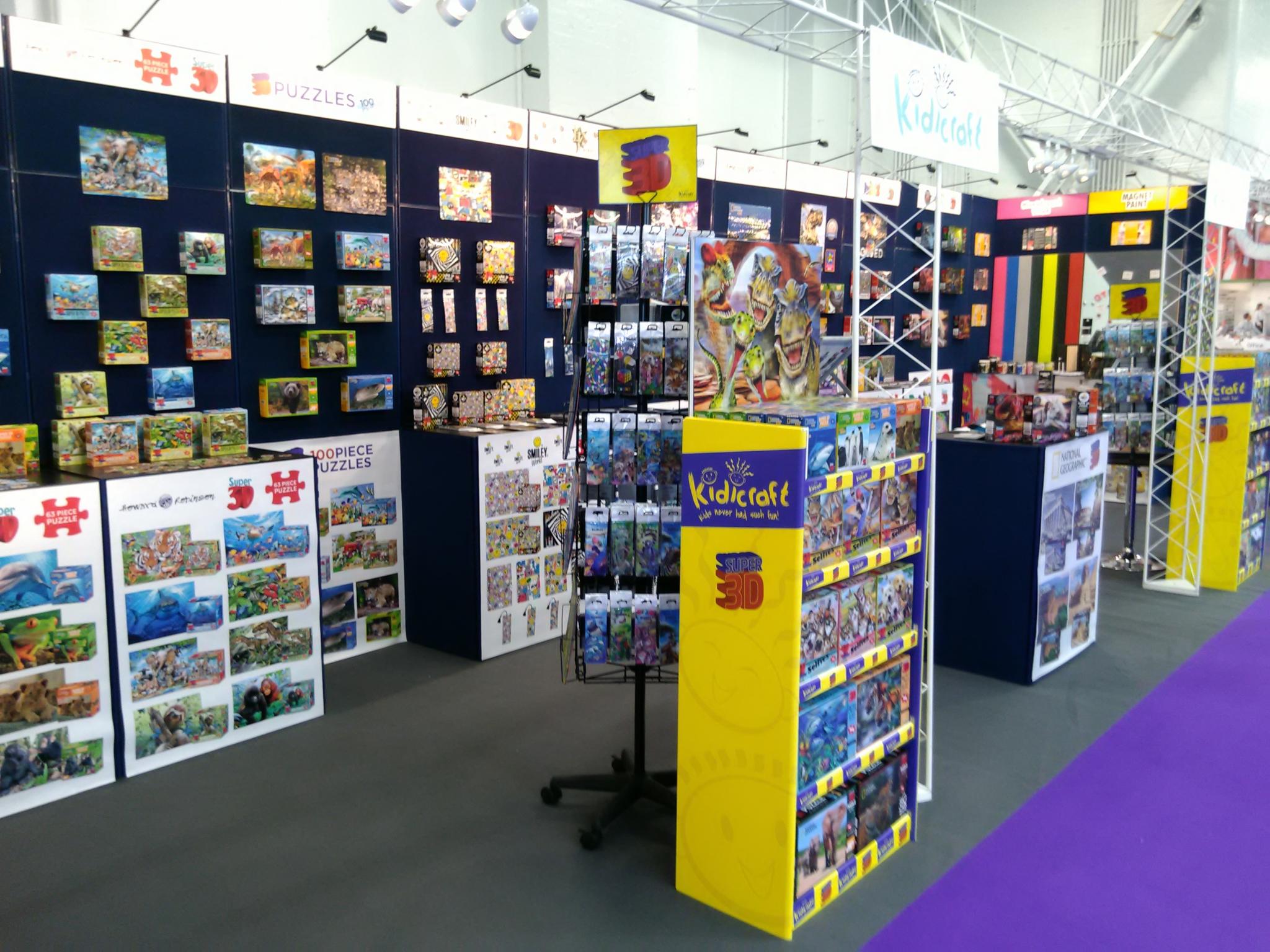 Since Kidicraft first exhibited at the London Toy Fair in Greenhouse area the market has become even more competitive. As a small company we have been able to change and adapt our product ranges significantly in a very short period of time. Ranges such as Primo Arts & Craft and Mostaix no longer feature, but with each year we have taken a great leap forward in exciting new products and licences. We have just seen the arrival of the Harry Potter range of Super 3D effect jigsaw puzzles, which is performing extremely well. We have DC Comic – Batman & Superman launching at the London Toy Fair, along with Discovery and Animal Planet ranges.

We also have great new additions to some of the existing ranges such as the new Selfie Unicorn Super 3D effect jigsaw puzzle. London Toy Fair 2020 will see Kidicraft’s greatest launch of new products so far.  Kidicraft will be using a new and improved “Prime 3D” lens to give even greater depth and movement to these amazing images on their 3D puzzles. The new “Prime 3D” lens will debut on the Discovery and Animal Planet ranges from February 2020. Kidicraft will also be launching its first domestic range of high quality standard 2D jigsaw puzzles, with an assortment of 500pc and 1000pc puzzles. Puzzle images are from the Howard Robinson collection and are also supported by a NEW branded floor display unit. With the addition of a new exhibition stand for London Toy Fair, we are really looking forward to the show and to present these great new ranges.