Named after founder Friedrich Schleich, who created the company in 1935, Schleich was originally, based in Stuttgart and sold velvet-covered dolls made of wire and wood. The first bendable figures came in 1957, and then in 1965 the world-famous blue Smurfs™. In the 1980s, Schleich® began producing animal figures, which have formed the core business ever since. 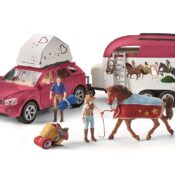 With the 4X4, horse trailer and tent for the overnight stay, every horse trip is an adventure. Includes 2 fully movable figures and horse figurine. 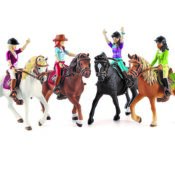 All New improved figures, with full functionality - they can now stand, sit and ride. With movable arms, and interchangeable parts - so you can swap hats, hair, bodies and legs. 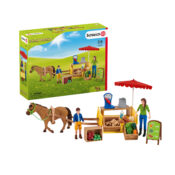 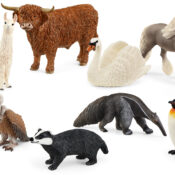 Beautifully designed, and hand-painted animal figurines, with an exceptional level of detail and authenticity. 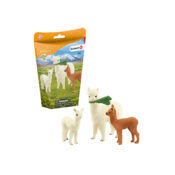 Great new addition to the Schleich range, with a cute family of 3 Alpacas, in a brand new packaging format. These animals are not available to buy separately, making this a really unique gift 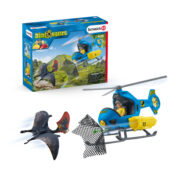 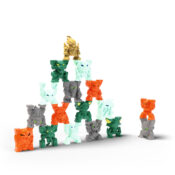 Stack & Smash! Awesome new collectibles range, with 17 Mini Creatures to collect - 4 from each of the 4 Eldrador worlds of Lava, Ice, Jungle and Stone, plus a hero Gold figure. TV ADVERTISED 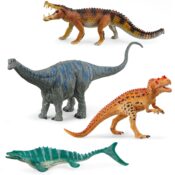 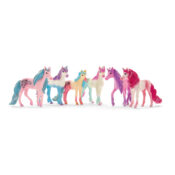 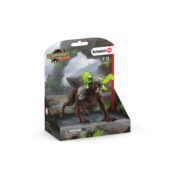 Dangerous new creatures enter into the battle for the Superweapon, including the Rock Beast (42521) and the Shadow Panther (42522) 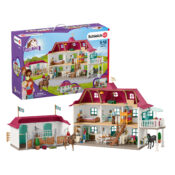 The centrepiece of the Horse Club world 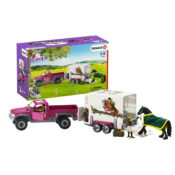 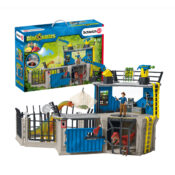 The centrepiece of the New Dinosaurs play world 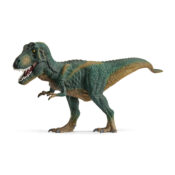 The king of all dinosaurs, with movable jaw 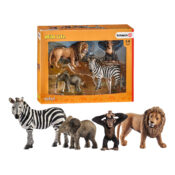 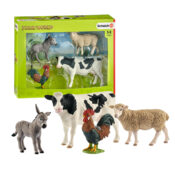 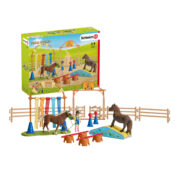 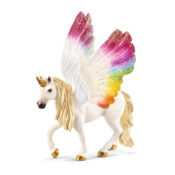 One of many amazing unicorns in the Schleich bayala range 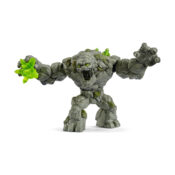 The highlight of the Stone World, which is one of the 4 worlds of Eldrador 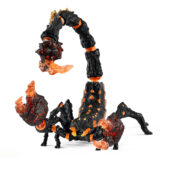 Fiersome creature from the Lava World, one of the 4 worlds of Eldrador